Alluvionic, an innovative solutions provider that services clients with any project in any industry through project management, process improvement and engineering product design, is proud to announce it has been selected as an honoree of the 2018 Florida Companies to Watch ™, an award presented by GrowFL, the Florida Economic Gardening Institute in association with the Edward Lowe Foundation.

More than 500 companies were nominated from across the state of Florida, vying for the prestigious recognition as one of this year’s winners. Alluvionic’s management team, competitive market position and strong community involvement were among several factors evaluated for the award.  The 50 winners selected this year are expected to see significant growth over the next several years, according to GrowFL.  The 50 companies named the 2018 Florida Companies to Watch generated nearly $1 billion in revenue and added nearly 1,000 jobs between 2014 and 2017. Together, the companies project a 50 percent increase in revenue and 40 percent increase in job growth in 2018 compared to 2017.

“Winning the Florida Companies to Watch is a pinnacle accomplishment for Alluvionic.  We are proud of what we have achieved in such a short amount of time and are grateful to the entrepreneurial support organizations that have been a part of our path to acceleration.  We are very proud to represent Brevard County with this award and to be among such outstanding entrepreneurs,” says Wendy Romeu, president and CEO of Alluvionic.

“This is a strong group of companies that deserve this special recognition given annually to the state’s top second stage companies,” said Dr. Chris Morton, GrowFL Chairman of the GrowFL Advisory Board, CEO of NanoPhotonica and a 2015 Florida Companies to Watch honoree.

Second-stage companies are defined as those with 6 to 150 full-time employees and generate between $750,000 and $100 million in annual revenue. There are many programs and incubators promoting start-up businesses; GrowFL is the only Florida program that focuses exclusively on second-stage companies.

“These stand-out companies are all led by entrepreneurs, and have demonstrated their capacity and intent to grow,” says Dr. Tom O’Neal, GrowFL executive director. “They also all have critical intellectual property or a niche position that gives them a competitive edge in their markets,” he adds.

The honorees represent a unique group of scalable, high-growth enterprises that are already located within Florida. These high growth enterprises are an important segment of our economy and their numbers have been steadily increasing, which contributed to Florida’s ranking of 24 on the 2018 Kauffman Index of Growth Entrepreneurship. Companies named to the list will be officially recognized on February 9, 2019 at the Straz Performing Arts Center in Tampa, FL. Tickets are on sale now for the awards ceremony. For more details, visit http://www.growfl.com/flctw18/about-flctw/

About GrowFL
GrowFL provides strategies, resources and support, including strategic research and peer-to-peer CEO mentoring and leadership development, to second-stage Florida companies. Created by the Florida legislature in 2009 and grounded in the philosophy of Economic Gardening® — growing existing businesses in a community, region or state — GrowFL is a critical component of the state’s economic development strategy and Florida’s entrepreneurial ecosystem. GrowFL is certified by the National Center for Economic Gardening through the Edward Lowe Foundation. Website: growfl.com

About the Edward Lowe Foundation
Established in 1985, the Edward Lowe Foundation is a national, nonprofit organization that supports entrepreneurship through research, recognition and educational programs, which are delivered through entrepreneur support organizations (ESOs). The foundation focuses on second-stage companies — those that have moved beyond the startup phase and seek significant, steady growth. In addition, the foundation has a second mission of land stewardship and is committed to preserving the natural resources and historically significant structures at Big Rock Valley, its 2,000-acre home in southwest Michigan.  Website EdwardLowe.org. 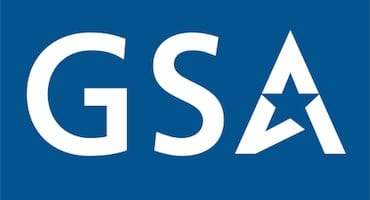 PMI®, PMP®, CAPM® and PMBoK® are registered marks of the Project Management Institute

Fill out the form below to access our checklist that will ensure your project's success!