Hailing from the Space Coast in Melbourne, Florida, we are committed to your project’s success.

We Believe in Doing Things the Right Way for the Right Reasons. We Exist to Make a Difference
Through Constant Improvement

We want to make a positive impact on the lives of our employees and clients because we truly want to see them succeed. By striving for excellence and constantly improving in every facet of business, Alluvionic will provide top-quality services and create an environment that encourages the best from their employees.

Our approach to every relationship is founded on the principles of mentorship and collaboration; achieving unparalleled results in our partnerships.

To be the catalyst for innovation and progress; enabling organizations to achieve their most demanding goals.

We deliver tailored solutions paired with an unwavering commitment to the success of our clients.

A rigorous process to manage, secure, and improve projects to ensure their success.

Our people determine the success of the company.
We have an outstanding team here at Alluvionic who are committed to your success. We Believe in Paying it Forward

Alluvionic is proud to mentor, participate as a member or sponsor of a variety of professional organizations and associations.

Launch a New Career with Us and Join Our Amazing Team.

We Treat Client Successes as Our Own

“We appreciate and value the expertise and project management experience Alluvionic brings to the table.”

John InfantolinoVice President of Enterprise Business Systems
“The knowledge and professionalism provided by every Alluvionic employee is second to none.”

Tina LeightyPMP, AEA, CMMI-A, Director, Quality Compliance for Millennium Engineering and Integration Company
"Ricardo and the team at Alluvionic are top-notch engineers. System Innovation Group has worked closely with the team and found that they always come through even when given what may be considered unrealistic goals. I strongly recommend them for all your mechanical and program management support requirements."

It’s simple. A project that gets off on the right foot is likely to take a successful journey. So why do so many projects fail? Use this checklist to assure your project success. 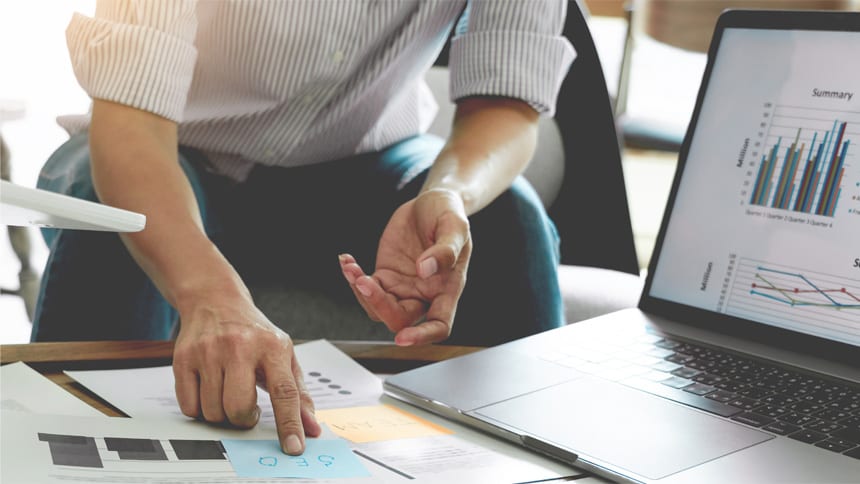 Ready to Start Your Project?

Whether you need project management, process improvement, product development, or cyber solutions, Alluvionic has the expertise to provide Peace of Mind and Project Assurance®.
Start Your Project With Us Now PMI®, PMP®, CAPM® and PMBoK® are registered marks of the Project Management Institute

With more than 20 years of Project Management and Process Improvement experience, Wendy Romeu has successfully built her business by providing Project Assurance® for her clients.

She founded Alluvionic in 2013 to help businesses achieve their process and system implementation goals, implementing a portfolio of best in class project management tools and proven techniques.

Romeu is a graduate of Florida State University with a Bachelor of Science in Business Management and a Masters in MIS. She is a PMP (Project Management Professional), a Six Sigma Black Belt, and is a Leadership Brevard graduate. Romeu has served on several boards throughout the country including APICS, Economic Development Commission (EDC) of Florida’s Space Coast, Fourth Shift ERP User’s Groups and the Tourette Association of America Florida Chapter. She is also involved in the Space Coast Defense Alliance, National Space Club Florida Committee and the local chapter of Women in Defense (WID).

Additionally, she has become recognized in the Central Florida region as a rising female entrepreneur. In December 2018, she was honored by SpaceCoast Business as a Business Leader of the Year award for the weVENTURE Women in Business award. This award recognizes the most celebrated and respected business leaders along the Space Coast. GrowFL, the Florida Economic Gardening Institute has named Alluvionic as one of the 50 honorees for its 2018 Florida Companies to Watch awards, which recognizes the state’s fastest growing companies and those “worth watching” due to their impact on the community or within their industry. In January 2018, Romeu placed runner up for the National Association of Women Business Owner’s PropelHER® Pitch Competition. She has been recognized as finalist for the “Women Who Rock” by weVENTURE in 2016 and 2017; recognized by the Melbourne Chamber of Commerce as one of the “Women of Excellence” in 2015 and is a graduate success story of the weVENTURE IGNITE 360® Program. She is also receiving support from the Florida Small Business Development Center at UCF, as part of their Growth Acceleration Program.

With over 25 years of engineering experience, Ricardo Romeu serves as the Senior Vice President of Product Development at Alluvionic, where he manages a team of highly skilled engineering resources and is effective in creating functional technical strategies for system level performance and customer focus.

Romeu is a graduate of Le Moyne College with a Bachelor of Science in Physics, with a minor in Math and Spanish. During his career, Ricardo has been granted 4 patents, 9 filings, and 2 published. He is a certified KEMA Auditor, and holds a Motorola Lean Six Sigma Certification. Before Alluvionic, Romeu worked as an engineer at multiple companies around Florida, including Lighting Science Group, DRS Tactical System, Proside Inc, Motorola, and Rand Worldwide. His core competencies include system architecture, product management, plastic injection molding/casting DFX, tolerance analysis and allocation, and MRD/PRD derivation and development.

Additionally, Romeu has led many successful projects throughout his career. He led the redesign of established roadway LED lights creating a 13% average margin increase with net zero NRE. He increased optical performance by 20% and light output by 30% of legacy modular roadway lighting line to create competitive specifications allowing for a 13% margin increase. The redesign allowed for additional margin from the use of E&O inventory through flexible design. Romeu also led an interdisciplinary team designing an industry leading roadway luminaire. He and his team developed the most robust 3G vibration and thermal margin roadway fixture in company history in 3 months, leading to an expandable platform for the largest company emerging market order with a 99.98% QA reliability. He drove efficiency by designing individual functional parts into single injection molded system. He integrated multiple individual part functions into a 3G vibration dock, reducing the part count by 50% and the cost by 33% using an innovative plastic beam design and structural injection molded materials to increase manufacturing throughout, and increase system quality.

He joined the Alluvionic Team in 2017 as the Vice President of Programs and Development, adding his expertise in CMMI (Capability Maturity Model Implementation) and expanding the clientele base through Business Development and Networking.

Capistrano is a graduate of the University of Florida with a Master of Business Administration and a Master of Science in Industrial and Systems Engineering. He also is a graduate of Florida A&M University with a Bachelor of Science in Mechanical Engineering. He is a PMP (Project Management Professional), he holds a Certificate in Leadership, and he has completed courses in Effective Management, Introduction to CMMI, and effective communications and human relations. Capistrano has previously held management positions at companies such as General Dynamics, Motorola Inc, and DRS Technologies.

Jason Havel is an accomplished Project Manager, Program Manager, and leader with more than 23 years of experience in planning and operations to include cost, schedule, and contractual requirements for internal and external projects and programs.

Jason joined the Alluvionic team in 2020, and currently serves as the Vice President of Strategy and Business Development, bringing his extensive knowledge of project and program management, process improvement, and leadership.

He spent 20 years in the U.S. Air Force, where he was a KC-135 and C-130 Navigator and most recently the commander of the Department of Defense Human Spaceflight support to NASA. He retired as a Lieutenant Colonel and holds degrees from the Air Command and Staff College, Webster University, and Western Michigan University. He is PMP certified and an expert educator and instructor.

A proven Project Management Professional, Elizabeth “Lizi” Huy is the VP of Service Lines at Alluvionic, where she utilizes her 17 years of experience developing and implementing projects to fulfill business needs.

Elizabeth is a driven and strategic leader and collaborator, as well as an accomplished public speaker and communicator. Her skills include economic development, business development, program management, public speaking, leadership, marketing, strategic planning, and fundraising.

Huy is a graduate of Florida State University with a Bachelor of Science in Finance and Marketing. She is also a PMP (Project Management Professional) and a graduate of Leadership Brevard. She has held positions at companies such as Coldwell Banker Commercial, ACG Promotions and Specialties, and the Economic Development Commission of Florida’s Space Coast, where she directed an existing industry program of work leading a team of three full-time direct reports. Additionally, she represented the organization as a public speaker in multiple venues and media interviews.

Cherise White is a strategic professional with over 8 years of experience applying agile principles in a variety of settings to achieve consistent, exceptional results. At Alluvionic as the Operations Manager, Cherise is determined to bring agility to every part of the business with an instinctive desire to improve processes, build trust, and help others find joy in work. Applying her skills of project management, communication, critical thinking, and continuous improvement, she leads with flexibility, grace, and creates order from chaos.

Cherise is a graduate of the University of Central Florida with a Bachelor of Arts in Communication, Cum Laude. She is a Certified Associate in Project Management (CAPM), a Lean Six Sigma Yellow Belt, a Smartsheet Product Certified User, and a Predictive Index Certified Practitioner. Cherise has worked at companies such as Revolution Technologies and at eviCore Healthcare, where she served as an Operational Effectiveness Analyst- Implementations. In her role at eviCore she was responsible for leading process improvement initiatives to increase efficiencies. She project managed migration activities and process improvement initiatives for complex projects, and transformed onboarding governance process to improve Salesforce data integrity and marry information in disparate systems, helping the organization to more accurately project revenue.

Fill out the form below to access our checklist that will ensure your project's success!